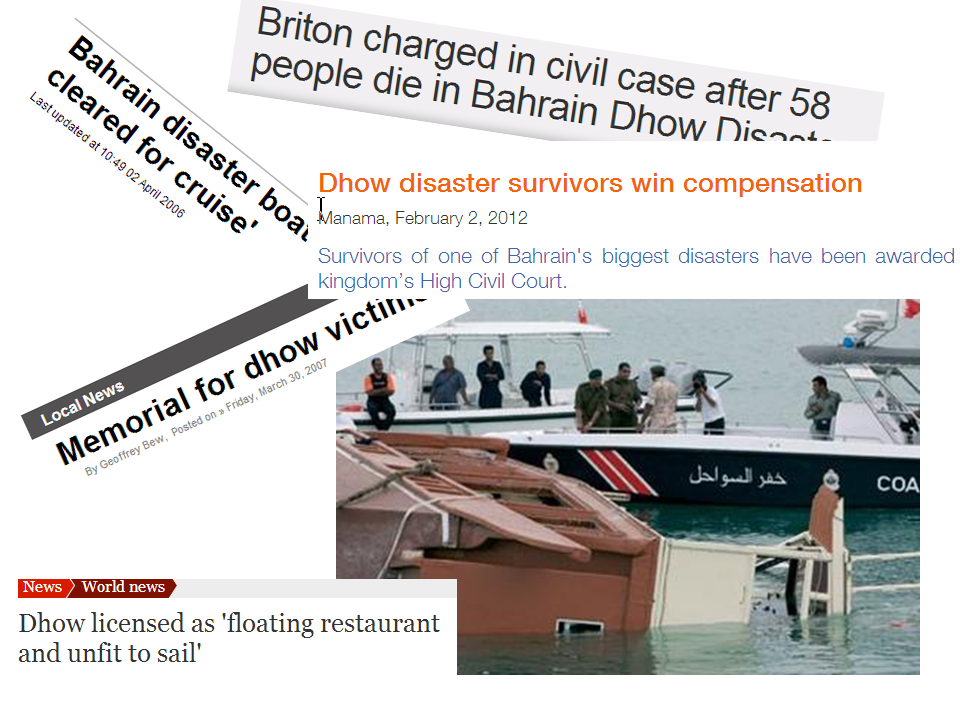 The terrible tragedy of the ferry disaster in Korea is a timely lesson for event professionals. Remember the Bahrain Dhow sinking in 2006 when 58 people died. This was at an event. The event was a celebration of the completion of a major construction. The court cases are still continuing 8 years later. In 2012 some of the survivors were awarded compensation after one prolonged court case.

The facts are starting to emerge in the Korea tragedy. According to the New York Daily News. the ferry had a registered limit of 987 tons of cargo. But it is reported that they could have been carrying over 3000 tons of cargo. They said they only had 150 cars on board. But the rescue team has found at least 180 cars.

“Prosecutors also detained three employees of the ferry owner who handled cargo, and have raided the offices of the ship owner, the shipping association and the register.”

As well all major events and festivals for one month in Korea have been cancelled or postponed.

“A South Korean music festival featuring The Cure, Nine Inch Nails and Stereophonics has been cancelled in the aftermath of the country’s tragic Sewol ferry disaster.”

The events cancelled include marketing events and other corporate events as well as public festivals.

The formal lessons in this for the event professional are understanding and using: Duty of Care principles, Responsible=Manage+Control, Reputation Risk, Consultation and Embedded Risk Management.

One Reply to “Ferry disaster and cancellation of festivals: Korea”